Lagos State Deputy Governor, Dr. Obafemi Hamzat, today cast his vote at Polling Unit 02, Ward D, Oke Balogun, Epe, with a charge to citizens to always be part of the electoral process by making sure that they vote the right people into political offices.

Dr. Hamzat, speaking after casting his vote in Epe during the Lagos State Local Government Election, noted that it was not right for people to complain about those that governed them when they fail to come out and vote for their preferred candidates into various political positions during elections.

While commending the peaceful conduct of the election, the Deputy Governor, who voted at exactly 10.20am, advised the people to shun unnecessary forms of violence and other anti-social behaviour.

While calling on those who would emerge as winners in the elections to keep to their campaign promises and work for the development of the State, Hamzat assured that those contesting on the platform of APC will live up to the promises they made during the campaigns because the Party will do a periodic review of their performances.

According to him, “The party expects the candidates to keep to its guidelines, as there is a system of evaluation in place. Though local governments are different and each of them will be focusing on different things, they must focus on certain things and they will be evaluated on a quarterly basis”.

During his tour of some polling units in Epe town, the Deputy Governor said he was impressed by the smooth conduct of the election as the card readers were working well and the voters were conducting themselves peacefully.

Hamzat added that the election process was peaceful and has improved, saying “we are learning, we are getting better and that is what we expect”.

LASG TO BOOST SECURITY WITH TECHNOLOGY 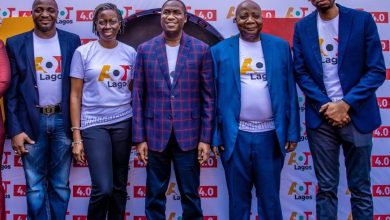